2012/09/29 - RAD Studio Mobile - Roadmap
Embarcadero has publised the RAD Studio Mobile roadmap, covering what's in development (integrated C++ and Delphi native ARM toolchains, native iOS and Android platform support, FireMonkey Mobile Framework and Mobile Form Designers, among others), when we can expect things (Mobile Beta Program, iOS final and Android final), and how we can expect to purchase it (part of RAD Studio Enterprise subscription and/or low prince add-on).
Note that all XE3 customers can participate in the RAD Studio Mobile beta (you can apply by clicking on the "my eligible field tests" link on the Embarcadero Developer Network. 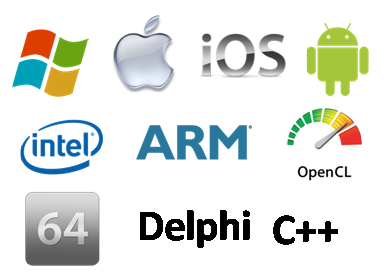 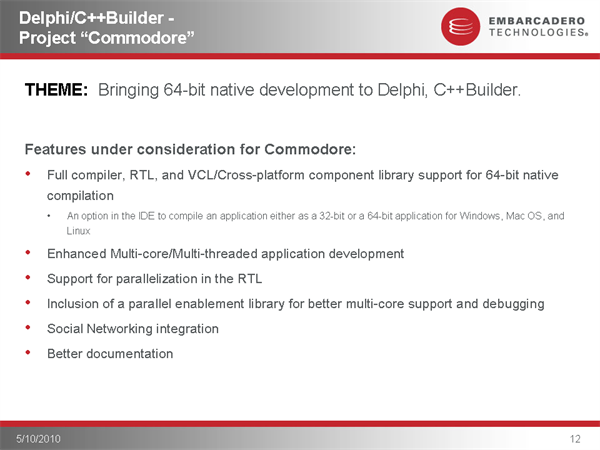 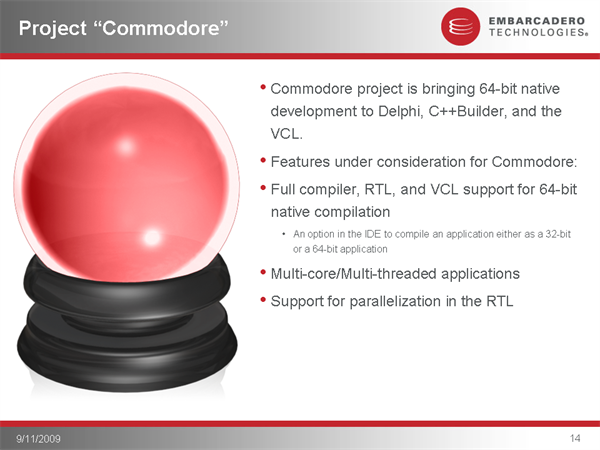